ENGLISH-TOP > NEWS > “Policy Proposal for Support to Radiation Victims in accordance with the Treaty on the Prohibition of Nuclear Weapons” released!

“Policy Proposal for Support to Radiation Victims in accordance with the Treaty on the Prohibition of Nuclear Weapons” released! 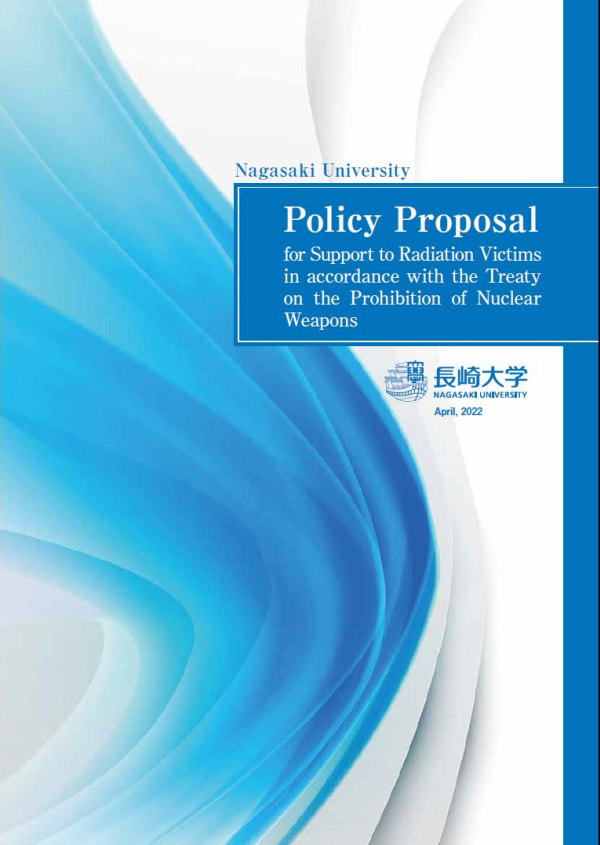 The Treaty on the Prohibition of Nuclear Weapons (TPNW) legally entered into force in January 2021. In contrast to traditional arms control treaties that merely reduce or prohibit the use of weapons to address national security concerns, the TPNW views these issues from a humanitarian perspective. As such, its ultimate goals are to achieve a total ban of nuclear weapons as inhumane weapons, and to provide support to people who have been exposed to radiation through the use and/or development of those weapons. With these aims, the TPNW is rooted in the concept known as humanitarian disarmament.

However, we are still far from attaining a world in which all nuclear weapons are outlawed, as countries possessing these weapons, as well as their allies, seem to have turned their backs on the TPNW. Meanwhile, health hazards and anxieties persist due to radiation exposure,including that which occurs from nuclear testing and radioactive fallout. These unabated problems require urgent support from the humanitarian perspective. To demonstrate concrete effectiveness in the early stages of a humanitarian disarmament treaty such as the TPNW, it is essential to devise a system that can provide both physical and psychological support to individuals with radiation exposure, regardless of whether any harmful effects are currently apparent.

Our institution, under the new educational system introduced through the National School Establishment Law in 1949, employs its educational philosophies and research abilities to actively work toward the creation of a world in which there is unity and peace. This was precipitated by the enormous damage wrought by the atomic bombing of Nagasaki in August 1945. A survey conducted by the A-bomb Material Preservation Committee of Nagasaki showed a devastating human toll, with 73,884 casualties and 74,909 wounded (as of December 1945)¹. Among these victims were nearly 1,000 students and faculty members from the Nagasaki Medical College (the predecessor to Nagasaki University, which included both the Specialized School of Medicine and the Specialized School of Pharmaceutics), Nagasaki Normal School, and Nagasaki Higher Commercial School². In view of this historical background of our institution and the central purpose of humanitarian disarmament framed by the TPNW, the Atomic Bomb Disease Institute at Nagasaki University and the Research Center for Nuclear Weapons Abolition, Nagasaki University jointly drafted a proposal to support radiation victims, especially those who have potentially incurred damage from radiation exposure following nuclear testing.

It would be greatly appreciated if this proposal provided practical reference and was developed to make a significant contribution to advancing the cause of supporting radiation victims at the first Meeting of States Parties to the TPNW, scheduled to take place in Vienna in 2022.